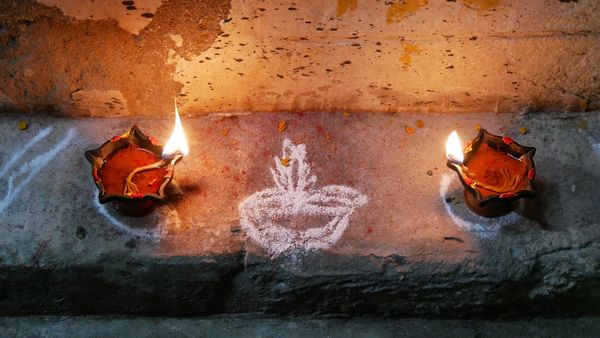 Karthigai is essentially a festival of lamps and light is considered an auspicious symbol to ward off evil forces. Rows of clay lamps are lit in every house and outside on the threshold, oil lamps enhanced the kolam. 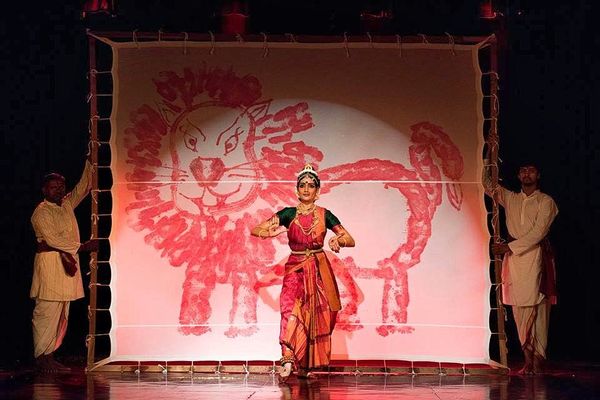 The drawing of a figure with the feet while dancing is part of the temple rituals of Andhra (Aradhana Nrityamulu) and has been introduced into the Kuchipudi repertoire by Guru CR Acharya.